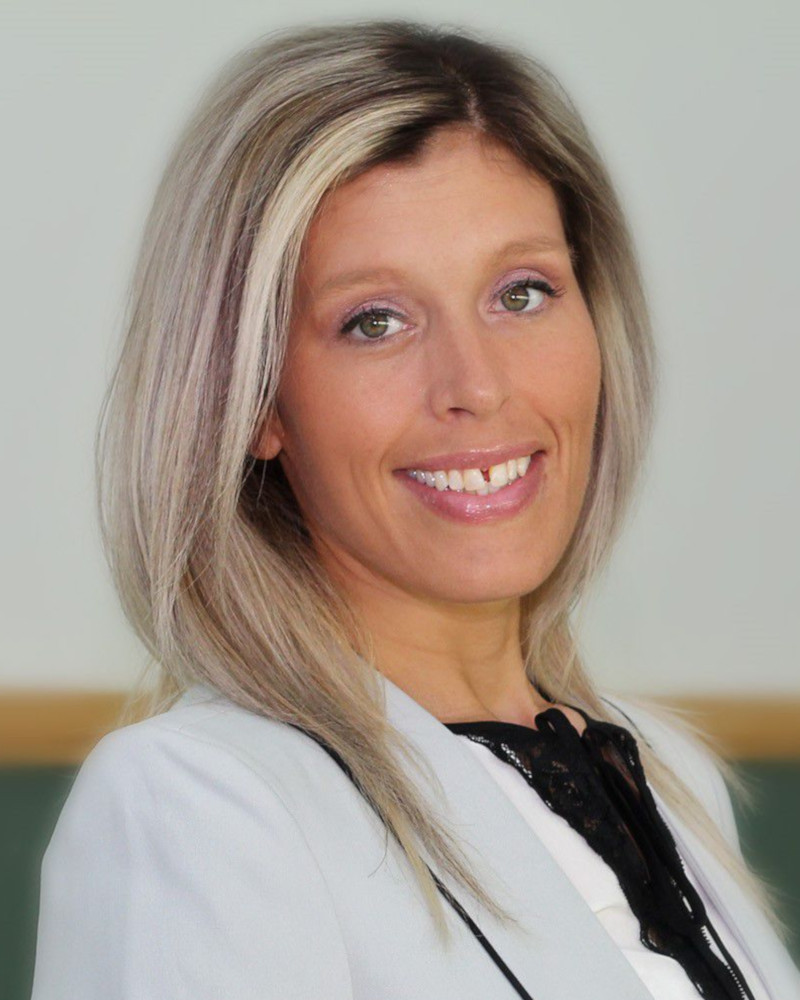 For over a decade, Danielle consulted with and led various nonprofit organizations through strategic planning and advancement. Hilliker currently leads as the Executive Director for Joy Southfield Community Development Corporation and has worked with impactful organizations including; Special Olympics, Life Directions, Center for Success Network, Read to a Child, and the Michigan Womens Foundation. Through these ventures Danielle gained an expertise in strategic organizational development, capacity building, and fund development. During her tenure with the Michigan Womens Foundation she was awarded an opportunity to participate as a fellow with the Cross Generational Women Leaders in Washington D.C., a program that partners young and senior women leaders on key issues at local, state and national levels. A very prestigious accomplishment funded by the W.K. Kellogg Foundation, the fellowship only accepts five applicants a year. Danielle also served as a board member for Teen Hype (Helping Youth by Providing Education), an organization targeting peer and educational, and she served on the Diversity and Inclusion Council for Troy School District. With progressive leadership and fund development experience, Hilliker remains passionate about systemic change and focuses on issues of social justice, equity, education, social determinants of health, community and economic development. Danielle holds a Master of Science from Spring Arbor University, concentrating in management organizational development and is currently pursuing her PhD in public policy and administration focusing on international nongovernmental organizations. 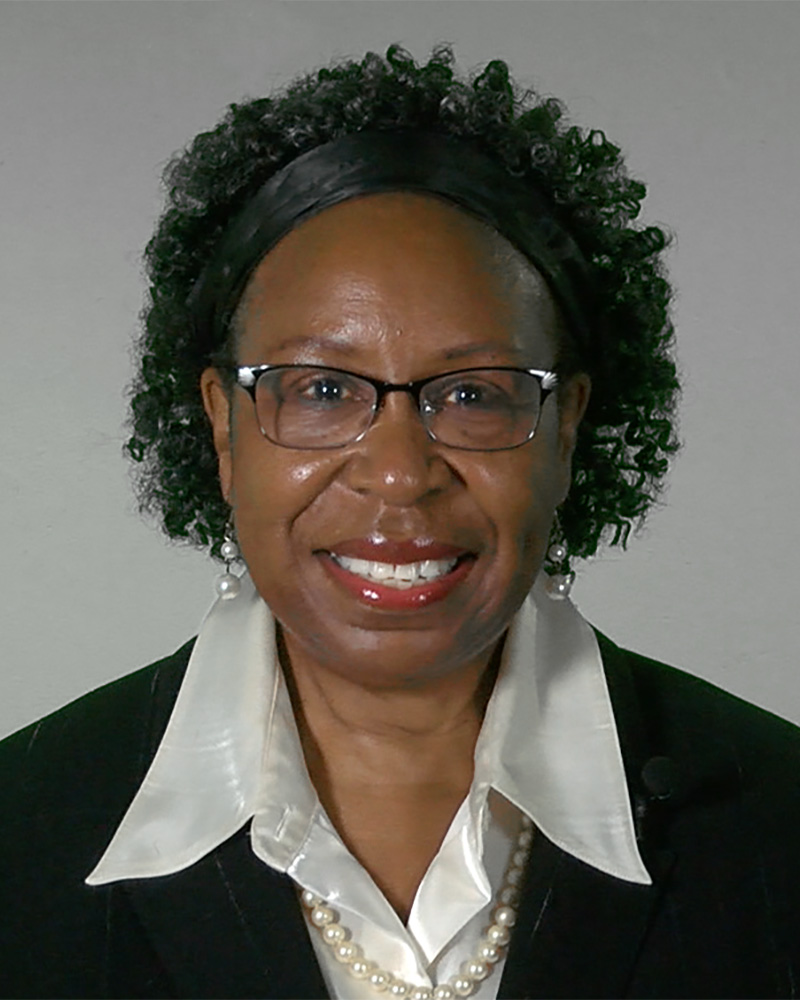 Ida Hendrix joined the Joy Southfield Community Development Corporation in 2017.  She is responsible for managing the physical and administrative processes to support the safe, high quality and cost effective delivery of community development programs and services.

In her role as Operations Manager, she oversees financial transactions, employee payroll, donor receipts and work performed by various contractors.  Ida enjoys supporting the J-SCDC staff in achieving its mission of community revitalization.​

Ida brings over 30 years of operations experience to the Joy Southfield organization.  She oversaw the project to build the Motor City Exhibit at the Detroit Historical Museum. After working many years in the automotive industry doing operations and project management, she transitioned to shopping center management. Ida was the General Manager of Briarwood Mall in Ann Arbor for twelve years.  She retired from Briarwood and began volunteering in the Joy-Southfield community.

She is an active member of Second Grace United Methodist Church; the founder of the Joy-Southfield Community Development Corporation.  A graduate of Michigan State University, Ida enjoys creative projects and sewing. 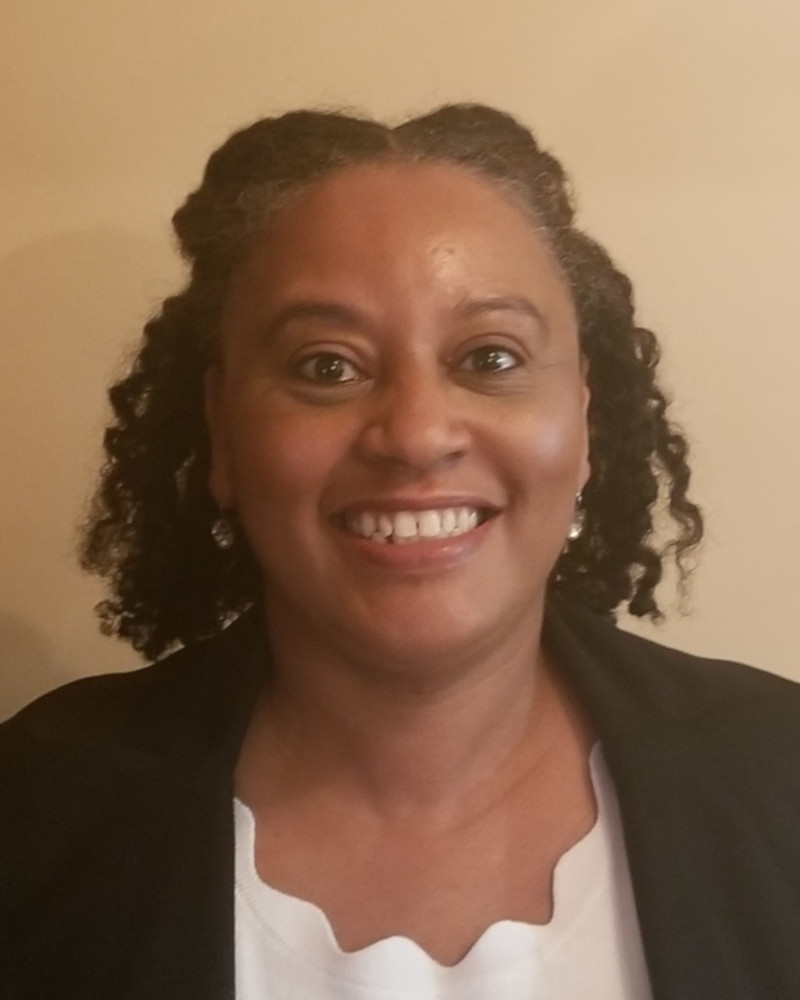 For over fifteen years, Tricia Blake-Smith has been passionate about health and wellness initiatives that advance and promote the health and quality of life of Michigan residents especially communities of color. This passion has been rewarding to her being able to lead,  teach and influence others to commit to a healthier lifestyle. She has been involved in several large scale health projects on the local, state and regional level that supported and promoted healthy lifestyles  which increased physical activity, healthy eating, and smoke-free lifestyles, while reducing health disparities and preventing and controlling other chronic conditions risk factors.

Mrs. Blake-Smith is currently the Director of Community Health for Joy Southfield CDC.  In this role, she works collaboratively with many organizations in the Cody Rouge community to provide year round continuous programs that make a real difference in people’s lives through awareness, education and obtaining life skills.Working as the Director of Community Health is intrinsically rewarding for Tricia as she’s constantly in the thick of discussions and creating initiatives to make the world a healthier, safer place to live.

Mrs. Blake-Smith has a Master of Science in Public Health from Meharry Medical College with a concentration in Public Health Administration and Bachelor of Science in Health Care Administration from Tennessee State University.  She has taken on many leadership roles in the healthcare field but the one role that remains constant is being a continuous health advocate and champion for the citizens of the state of Michigan. She has received the Community Activist award, “Mosquito Award,” from Tobacco Free Michigan for her commitment and leadership in advocating for Tobacco Free Environments. Tricia was a Leadership Fellow in the Mid-America Regional Public Health Leadership Institute (MARPHLI) at University of Illinois. She has published and presented scientific and technical papers at the American Public Health Association Annual Meeting and peer reviewed journal.Mrs. Blake-Smith  is actively involved in her community, where she serves as a  Heart Health chair and active member of Alpha Kappa Alpha Sorority, Incorporated, Student Initiatives Chair  in TSUNAA Detroit Chapter, Nominating Chair on Service Builders Foundation Incorporated, DPP Lifestyle Coach for National Kidney Foundation of Michigan and Sustainer member of Junior League of Birmingham, MI. 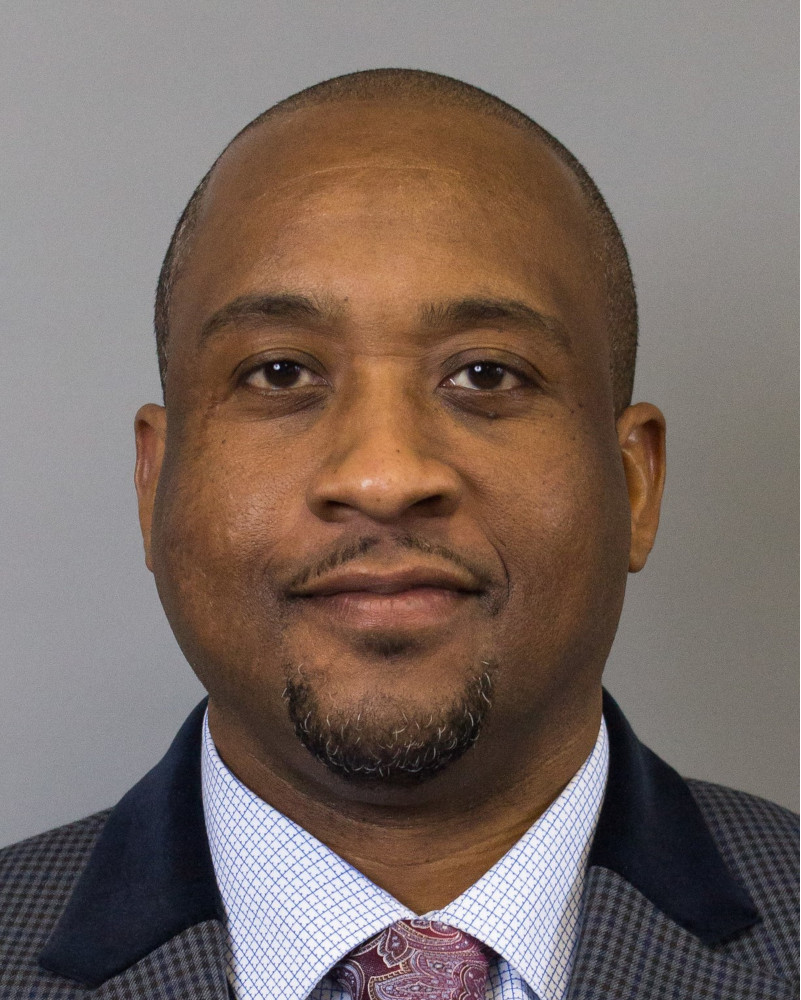 For the past twenty years, Gary Ringer has served his community as a Firefighter for the great City of Detroit. The bulk of his commitment to the citizens of Detroit has been dedicated to the Cody Rouge/Warrendale community. After witnessing the mortgage foreclosure crisis devastate our area, he created Conscious Communities, a grassroots organization, to address the numerous inequities created by abandoned, blighted, and fire damaged properties. Gary was honored with the Cody Rouge “Trailblazers of Transformation” activist award for spearheading community relations, youth engagement, and blight remediation throughout the city. He’s been nominated, selected, and recognized in the 7th edition of “Who’s Who in Black Detroit” and received a Spirit of Detroit award presented by the Detroit City Council.  Gary has also received several prestigious accolades from the Detroit Fire Department including Community Service and Commissioner’s Citation Awards.

Gary was nominated for the Michigan Chronicle 40 under 40 Award, honoring individuals under the age 40, who are creating movements in their professional fields, personal lives, and community connections successfully. He aquired the inaugural Detroit Violence Prevention Initiative Award for “Safer Communities”. At the recognition ceremony, honoring Dr. Martin Luther King’s legacy of service and non-violence, Mr. Ringer and other community leaders were applauded for creating an allegiance to Detroit Public School youth concerning the conditions within their built environment.

Gary has served on the Governance Committee for Cody Rouge Community Action Alliance and the Board of Joy-Southfield Community Development Corporation.  Gary is passionate about helping students achieve their dreams. As Founder/Executive Director of Conscious Communities, he and numerous volunteers, help to increase math & science test scores. This is accomplished by addressing environmental issues and health inequities. Graduate of the Leadership Academy sponsored by University of Michigan – Detroit, he’s been trained to build capacity, economic wealth, and sustainability. He also completed Southwest Solutions – Prosper Us Entrepreneurship Training, Kaufmann Fast Track and Build Institute’s – BUILD Social programs, which are designed for Metro Detroit residents in the City of Detroit seeking to start or expand a small business. And in 2018, Gary had the honor of being selected to participate in the Robert Wood Johnson Foundation – Culture of Health Leaders, three-year leadership development course. Culture of Health Leaders are people working in every ﬁeld and profession who want to use their inﬂuence to advance a Culture of Health where everyone living in America has a fair opportunity to live a long, healthy life. 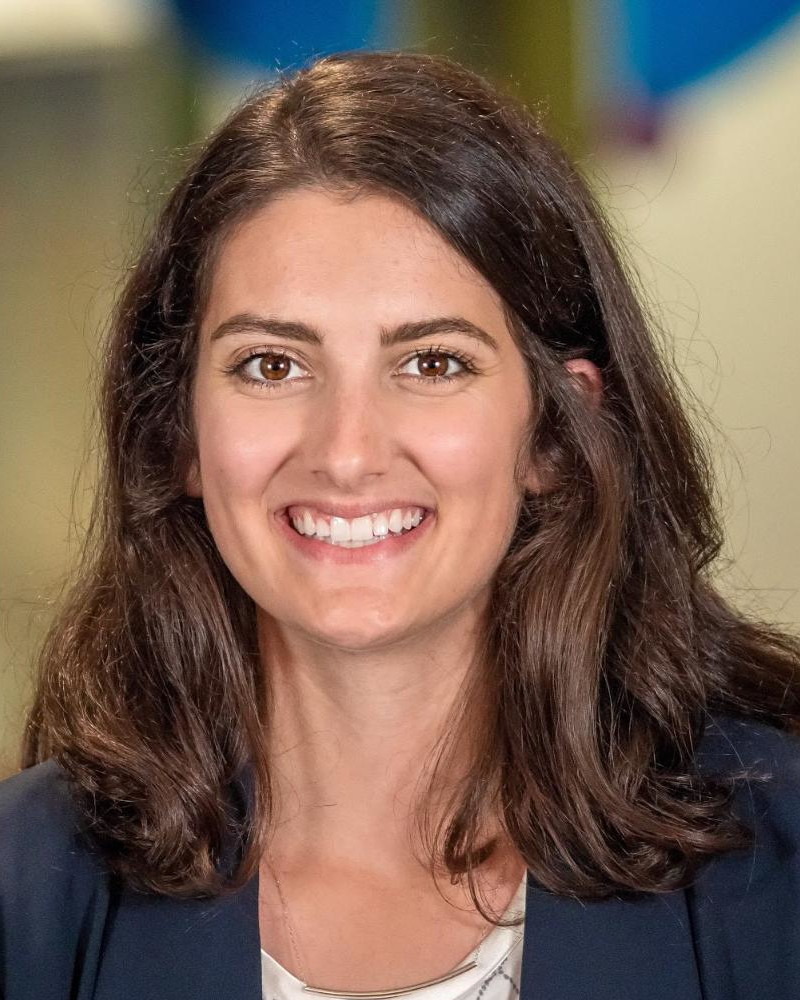 Colleen Joseph is the Community Health Program Manager at Joy Southfield who works alongside community members advancing health through improved nutrition and food access. Colleen believes everyone deserves access to proper nutrition and health care and she looks forward to serving the Joy Southfield community.

Colleen has previously worked with the Washtenaw County Health Department improving food access and nutrition education for county residents. There she tailored food assistance programs and resources to meet the needs of community members. She also planned and implemented a community event for over 600 guests featuring vital public health programs, Detroit food trucks, and games for community members of all abilities and ages. In addition, Colleen has worked with Michigan State University Extension in Flint, Michigan in a variety of roles, informing residents about safe gardening practices, healthy eating, and a variety of food assistance programs. Most recently she has worked as a research assistant to understand the impacts food insecurity has on families throughout Michigan.

Recently, Colleen graduated with her Master of Public Health in Nutritional Science and Dietetics from the University of Michigan. Previously, she earned her bachelor’s degree in Nutritional Sciences from Michigan State University and is a Spartan at heart. Colleen has a passion for helping others live more prosperous and healthy lives, and looks forward to partnering with the community to achieve their health and nutrition goals.

As someone who grew up gardening with her family, Colleen still loves to garden and cook new recipes in her free time. She also enjoys spending time outside running, biking, or walking with her family and friends. 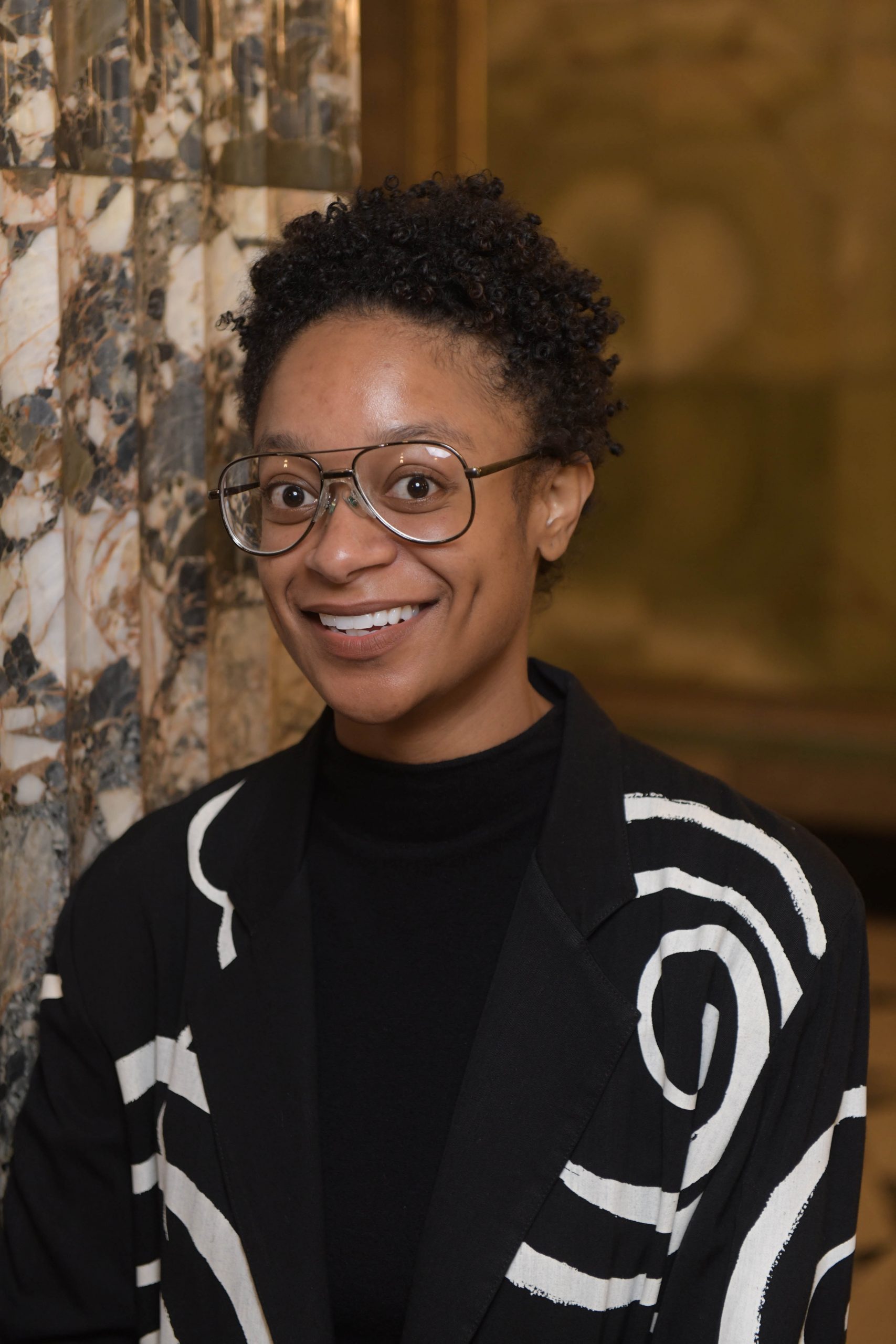 Raven Thompson is the Community Engagement and Special Projects Coordinator who works to facilitate communication, interaction, involvement, and exchange between Joy Southfield CDC and the community.  Within this role, she is also involved in a range of collaborative responsibilities where she works on a wide array of capacity building projects.

Raven served as a Peace Corps Volunteer in the Republic of Georgia.  She volunteered in the sector of Education.  She worked together with counterparts and her towns municipality to build upon Children’s reading, digital literacy, curriculum, and their confidence to explore opportunities within and outside of the Dmanisi community.  She attributes her mantra of ‘People Need People’ to her life experience of living, and working overseas.  Raven applies real-world concepts learned in Peace Corps service to serve Detroit’s seventh District, with the Joy- Southfield Community Development Corporation, respectively, JSCDC.

Prior to, she was a Communications Specialist, Project Coordinator responsible to deliver change management in support of internal and external communications in workplaces. She worked on the Ultimate Software Human Resource Information System (HRIS) Implementation, for the City of Detroit, and the Electronic Health Record (EHR) Software Implementation, for a national Catholic health system, Trinity Health. Raven is a life-long member of the First African-American Sorority, Alpha Kappa Alpha, Sorority, Incorporated.